Years ago I would publish multiple blog posts here every month. More recently I have posted several blog posts a year. For those interested I have several options to receive more frequent updates. 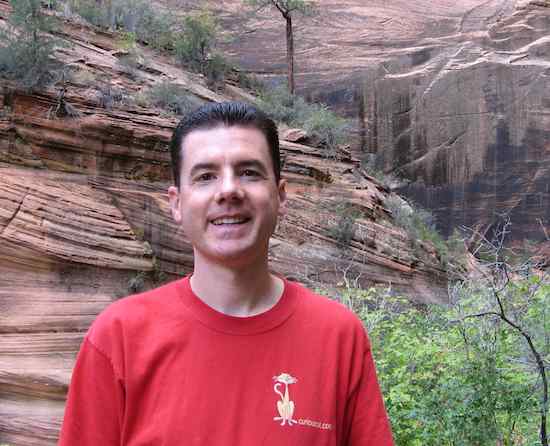 [updated to add link to my Mastodon profile]

Some people like to use Twitter as a pseudo RSS feed (getting tweets with links to interesting blog posts and articles). If that is what you would like to do I have two options: @aJohnHunter and @curiouscat_com. [I removed the links here to encourage using Mastodon which is where I am active now. I am leaving the details for Twitter; over time I expect Twitter will drop many of the poor policy changes they have made and return to offering a usable service. We will see if Twitter does actually address the many recent failings over the next few years. In any event RSS provides great value without the drawbacks on any social network service.]

See where else I can be found online: John Hunter online. Each of the blogs I author also allow you to subscribe to RSS feeds for their specific content.

I also have 2 YouTube channels that you may enjoy: Curious Cat Management and Curious Cat Travel.

This post provides links to more information on what we discussed in the podcast. Hopefully these links allow you to explore ideas that were mentioned in the podcast that you would like to learn more about.

John Willis interviewed me for his Profound podcast series (listen to part one of the podcast, John Hunter – Curious Cat)

This post provides links to more information on what we discussed in the podcast. Hopefully these links allow you to explore ideas that were mentioned in the podcast and that you would like to learn more about.

We also talked about six sigma a bit on the podcast. While I believe six sigma falls far short of what I think a good management system should encompass I am less negative about six sigma than most Deming folks. I discussed my thoughts in: Deming and Six Sigma. In my opinion the biggest problems people complain about with six sigma efforts are about how poorly it is implemented, which is true for every management system I have seen. I have discussed the idea of poor implementation of management practices previously also: Why Use Lean (or Deming or…) if So Many Fail To Do So Effectively.

I will add another blog post for part two of the interview when I get a chance.

Listen to more interviews with me.

I was interviewed by Vidal Graupera for his Managers Club blog, excerpts from that interview:

What are the biggest challenges you face?

Convincing organizations to adopt better management methods. People are very attached to historical ways of managing. While it is much harder to convince people to adopt more effective management methods than I would have predicted before attempting to do so there are strategies and tactics that help.

What’s your advice for managers who are just starting out?

Read the Leader’s Handbook by Peter Scholtes and use it as a reference to guide your actions on a weekly basis.

Learn to experiment and iterate quickly. Your main aim should be to manage the management system (which may mean the management practices used within your scope of authority or influence). As you start it will involve a significant amount of managing projects, to demonstrate your ability to deliver results, but that should be used to transition to building a strong management system.

In conjunction with quick iteration and adoption of improvements your focus should be on coaching people to help them be more effective (among other things on helping them learn how to effectively practice evidenced based decision making and continual improvement).

Read the full interview on the Managers Club website.

Read more interviews with John Hunter on improving the practice of management. Some of the recent posts in the RSS feed include:

I hope you find this feed of my posts on management improvement over the last 12 years to a useful resource.

As I have mentioned before, using a RSS feed reader is the best way to manage your use of blogs.

I also have a RSS feed on my posts on all topics (management improvement and also investing, travel, software development, engineering…) for those of you who are interested.

I have created a new web site for my personal site. I hope you like it.

The home page now shows selected blog posts I have written about management, as well as on other topics: investing, software development, travel, software testing, engineering, personal finance etc.. The site allows you to subscribe to an RSS feed of my posts. The new site makes it easy to find the pages you desire via a drop down menu or using the search option. The site is designed with usability in mind for whatever device you use to connect to the website. Some of the popular destinations accessible from the site include:

Related: Hire Me to Manage Your Blog or Web Presence – Your Online Presence and Social Networks for Managers – Curious Cat Blog Network

The Software Process and Measurement Cast 420 features an interview with me, by Thomas Cagley, on Building Organizational Capability (download podcast).

John Hunter in the podcast:

Changing how organizations are managed makes a huge difference in people’s lives, not all the time and I understand most of the time it doesn’t. But when this is done well people can go from dreading going to work to enjoying going to work, not every single day – but most days, and it can change our lives so that most of the time we are doing things that we find valuable and we enjoy instead of just going to work to get a paycheck so we can enjoy the hours that we have away from work. Here are some links where I go into more detail on some of the topics I discuss in the podcast:

Thomas Cagley: If you have the power to change any 2 things that affect decision making what would they be and why?

First that results are evaluated. Make decisions then evaluate what actually happens based upon what you do. Learn from that, improve how you make future decisions and keep iterating.

That idea of evaluating what actually happens is extremely powerful and will reinforce going in the right direction because if you evaluate most decisions many organizations make nothing got any better. And after doing that many times you can learn this isn’t working, we need to do something better.

I hope you enjoy the podcast.

Jimena Calfa interviewed me for her blog OnQuality as part of her Quality Interview Chain. What are you doing to ensure you continue to grow and improve as a professional and/or as a person?

John: I don’t do anything consciously to achieve that. I think if we retain a thirst for knowledge and curiosity and have a desire to do a good job we will do what is necessary. I follow my passion to learn largely through the internet (blogs, webcasts, articles and podcasts). And I constantly question and experiment and adapt based on what I learn.
…
Which is your favorite quality quote?

John: There are so many – I don’t have a favorite, more like 50 favorites. But here are four:

“The old-fashioned idea of a good manager is one who is supposed to know all the answers, can solve every problem himself, and can give appropriate orders to his subordinates to carry out his plans… A good modern manager is like a good coach who leads and encourages his team in never-ending quality improvement” by George Box – When Murphy Speaks, Listen
…

Read the whole interview on OnQuality.

My father had the most job satisfaction of anyone I have known. He had no separation between work and life. We toured factories on vacation. I visited Davidson College in North Carolina because he was consulting with a client in Charlotte before we went up to Duke and North Carolina for visits and asked the CEO what school I should visit. His grad students would call the house frequently.

Many of his best friends were colleagues. That is how I grew to know people like George Box, Brian Joiner, Soren Bisgaard and Peter Scholtes as I grew up. Various permutations of our family lived overseas based on his jobs in London (before kids), Singapore, Nigeria and China. Those experiences dramatically impacted all our lives and they were not about separating work from life.

The desire for a life embedded in other cultures and for travel drove decisions about work. He lived in Japan (because of his Dad’s job) for 2 years as a kid and that sparked his desire to do more of that as an adult. My little brother, Justin, pushing me on a scooter at our house in Singapore.

The sensible aim is to optimize your life. Work is a big part of life. As with any system the results depend on the overall system not the performance of individual parts taken separately. Dad also died young. He was happy to have lived such a good life, even if he wished he could have lived longer he wasn’t bitter about missing anything.

When he learned he would die (of cancer) he mainly continued what he had always been doing living life and working on what he thought was worthwhile. One project he did take on, along with George Box, was creating the Center of Quality and Productivity Improvement at the University of Wisconsin-Madison. George’s speech about Dad’s work provides a nice look at how work and life – William G. Hunter: An Innovator and Catalyst for Quality Improvement.

He honestly looked back on his life and felt he had a life that few could have topped, even though it was cut short. He was certainly optimistic and positive. But my sense was this was his honest assessment, it wasn’t just some fake front he put on for others. He had been living his life as well as he could his whole life. And continuing to live it as long as he could was all he wanted to do.

END_OF_DOCUMENT_TOKEN_TO_BE_REPLACED

I would like to add a client for my blog and web presence management services. The most obvious fit is for management consultants, in my opinion, though others may also be interested.

My blogs have been honored often over the years.

As part of managing a blog on management improvement I can also write posts for the blog. If you wish I can create and host a new blog and/or website.

Sites I manage, include: