Organizations receiving the Deming Prize since 2000 by country (prior to that almost all winners were from Japan):

This is the first time a Chinese company has won a Deming Prize. The parent company, GC Dental (Japan), was awarded the Deming Prize in 2000 and the Japan Quality Medal in 2004.

First break all the rules

The device is a masterpiece of simplification. The multiple buttons on conventional ECGs have been reduced to just four. The bulky printer has been replaced by one of those tiny gadgets used in portable ticket machines. The whole thing is small enough to fit into a small backpack and can run on batteries as well as on the mains. This miracle of compression sells for $800, instead of $2,000 for a conventional ECG
…
Frugal products need to be tough and easy to use. Nokia’s cheapest mobile handsets come equipped with flashlights (because of frequent power cuts), multiple phone books (because they often have several different users), rubberised key pads and menus in several different languages. Frugal does not mean second-rate.

The article goes on to talk about several methods for how to profit from reducing costs which seem misguided. Frugal innovation is about thinking about meeting the needs of huge numbers of customers that can’t afford conventional solutions. By talking a new look at the situation and attempting to find solutions with significant price constraints new markets can be opened. Often this requires thinking similar to disruptive innovation (products that serve a similar need but less completely than current options).

It also requires the engineering principles of appropriate technology. I highlight this thinking in my Curious Cat Engineering blog and find it very worthwhile. For organizations that have a true mission to serve some purpose using such thinking allows a greatly expanded potential market in which to make a difference in the world.

There is a great quote from Jeff Bezos that captures one reason why organizations so often fail to address frugal innovation: “There are two kinds of companies, those that work to try to charge more and those that work to charge less.” Many organizations are focused on trying to charge more, not less. Another problem is that decision makers often have no life experience with cheap solutions – this doesn’t prevent frugal innovation but it does make them less likely to see the need and to decide to solve those customer needs.

This lean thinking webcast from India actually does a pretty decent job of providing an overview (for a business TV channel) even if they get some things a bit confused. The discuss TQM in India preceding lean which is an accurate view in my opinion – quality management shared many lean principles. They even talk of lean at Ford doing lean first. But they get the decades for that a bit off. They seem to mash together the “quality is job one” refocus on quality lead by Dr. Deming in the 1980’s with Henry Ford in the early 1900’s.

This edition of the carnival is the first on our new schedule: we will now be publishing 3 times a month. Submit your nominations for management posts to include in future editions. The Quality and Innovation blog is the 6th blog to host the carnival, the others are: Evolving Excellence, Lean Blog, Lean Six Sigma Academy, Capable Blog and our own Curious Cat Management Improvement Blog.

The updated data from the United Nations on manufacturing output by country clearly shows the USA remains by far the largest manufacturer in the world. UN Data, in billions of current US dollars:

Tata Steel, India, has been awarded the 2008 Deming Prize. They were the only organization to receive the prize this year.

Mr. B. Muthuraman, Managing Director, Tata Steel, while expressing satisfaction over this accomplishment said, “No other activity made us think so deeply about our business and relationships than the process of applying for the Deming Prize. Total Quality Management (TQM) is a fundamental way of managing business and every organization can gain from institutionalizing the culture necessary to win this prize.” He dedicated this recognition to the employees of Tata Steel, its customers and business partners who have consistently embraced the culture of continuous improvement and demonstrated a great teamwork leading to several recognitions in the last 20 years since the TQM journey started at the Steel Company in 1988.

India continues to do very well, collecting more Deming Prizes than all other countries combined since 2000. Countries of organizations receiving the Deming Prize since 2000 (prior to that almost all winners were from Japan):

India’s Economic Times has an interview with James Womack, Now is the time for lean management, with an interesting quote:

When I last visited India in 2002, I looked carefully at several operations of the TVS group in the Chennai area. I found that they were the best examples of lean manufacturing I had ever seen outside of Toyota City. In my mind these facilities completely eliminated any questions as to whether “lean” would work in India. However, I have not visited India in six years and I have no data on the performance of Indian firms on average, so I can’t say what the trend is or how many success stories I might find if I had the time to visit at length. How-ever, I have high expectations for the potential of Indian firms to embrace the full range of lean principles and methods.

I have discussed TVS several times in the past; TVS has won several Deming Prizes.

Toyota is investing $350 million in a second Indian manufacturing plant. The plant is focused on producing vehicles for the local market – as the Toyota Production System suggests that production be close to the market.

The new plant will have a production capacity of 100,000 units and will become operational by 2010, he added. The company’s current plant has a capacity of 63,000 units a year.

The plant will make the Corolla sedans along with the small cars The company plans to have high level of localisation for the small car by procuring several components and sub-systems from Indian vendors. Primarily the car maker plans to sell the small car in the fast growing domestic market, though some will be exported as well, the company stated.
…
The Japan-based automaker said last year that it plans to capture 10 per cent of India’s market. In 2007 Toyota sales accounted for a mere 0.6 per cent of the Indian car market

Related: Manufacturing Takes off in India – Toyota Chairman Comments on India and Thailand – Top 10 Manufacturing Countries 2006 – Indian companies have received as many awards as companies from all other countries combined since 2000 – Toyota to Build New Plant in India to Make Small Cars – TVS Group Director on India – Manufacturing, Economy 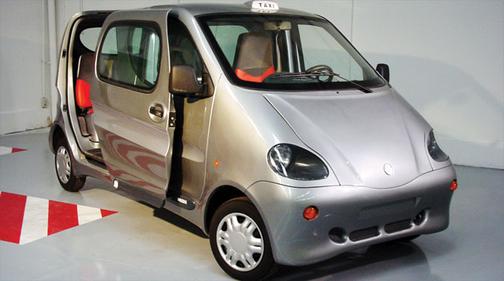 Here is updated data from the UN on manufacturing output by country. China continues to grow amazingly moving into second place for 2006. I plan to write more on this data in the Curious Cat Investing and Economics Blog. UN Data, in billions of current US dollars: