Google does a great job of using statistical and engineering principles to improve. It is amazing how slow we are to adopt new ideas but because we are it provides big advantages to companies like Google that use concepts like design of experiments, experimenting quickly and often… while others don’t. Look Inside a 1,024 Recipe Multivariate Experiment

A few weeks ago, we ran one of the largest multivariate experiments ever: a 1,024 recipe experiment on 100% of our US-English homepage. Utilizing Google Website Optimizer, we made small changes to three sections on our homepage (see below), with the goal of increasing the number of people who signed up for an account. The results were impressive: the new page performed 15.7% better than the original, resulting in thousands more sign-ups and personalized views to the homepage every day.
…
While we could have hypothesized which elements result in greater conversions (for example, the color red is more eye-catching), multivariate testing reveals and proves the combinatorial impact of different configurations. Running tests like this also help guide our design process: instead of relying on our own ideas and intuition, you have a big part in steering us in the right direction. In fact, we plan on incorporating many of these elements in future evolutions of our homepage.

via: @hexawise – My brother has created a software application to provide much better test coverage with far fewer tests using the same factorial designed experiments ideas my father worked with decades ago (and yet still far to few people use).

The End of Theory: The Data Deluge Makes the Scientific Method Obsolete by Chris Anderson

“All models are wrong, but some are useful.”

So proclaimed statistician George Box 30 years ago, and he was right. But what choice did we have? Only models, from cosmological equations to theories of human behavior, seemed to be able to consistently, if imperfectly, explain the world around us. Until now. Today companies like Google, which have grown up in an era of massively abundant data, don’t have to settle for wrong models. Indeed, they don’t have to settle for models at all.
…
Speaking at the O’Reilly Emerging Technology Conference this past March, Peter Norvig, Google’s research director, offered an update to George Box’s maxim: “All models are wrong, and increasingly you can succeed without them.”
…
There is now a better way. Petabytes allow us to say: “Correlation is enough.” We can stop looking for models. We can analyze the data without hypotheses about what it might show. We can throw the numbers into the biggest computing clusters the world has ever seen and let statistical algorithms find patterns where science cannot.

see update, below. Norvig was misquoted, he agrees with Box’s maxim

I must say I am not at all convinced that a new method without theory ready to supplant the existing scientific method. Now I can’t find peter Norvig’s exact words online (come on Google – organize all the world’s information for me please). If he said that using massive stores of data to make discoveries in new ways radically changing how we can learn and create useful systems, that I believe. I do enjoy the idea of trying radical new ways of viewing what is possible.

Practice Makes Perfect: How Billions of Examples Lead to Better Models (summary of his talk on the conference web site):

In this talk we will see that a computer might not learn in the same way that a person does, but it can use massive amounts of data to perform selected tasks very well. We will see that a computer can correct spelling mistakes, translate from Arabic to English, and recognize celebrity faces about as well as an average human—and can do it all by learning from examples rather than by relying on programming.

Related: Will the Data Deluge Makes the Scientific Method Obsolete? – Pragmatism and Management Knowledge – Data Based Decision Making at Google – Seeing Patterns Where None Exists – Manage what you can’t measure – Data Based Blathering – Understanding Data – Webcast on Google Innovation
END_OF_DOCUMENT_TOKEN_TO_BE_REPLACED

Burnout has been long associated with being overworked and underpaid, but psychologists Christina Maslach and Michael Leiter found that these were not the crucial factors. The single biggest difference between employees who suffered burnout and those who did not was the whether they thought that they were being treated unfairly or fairly.
…
Their research on fairness dovetails with work by other researchers showing that humans care a great deal about how they are being treated relative to others. In many ways, fairness seems to matter more than absolute measures of how well they are faring — people seem willing to endure tough times if they have the sense the burden is being shared equally, but they quickly become resentful if they feel they are being singled out for poor treatment.
…
If the sum is $100, for example, the first person might offer to give away $25 and keep $75 for himself. If the second person agrees, the money is divided accordingly. But if the second person rejects the deal, neither one gets anything.

If people cared only about absolute rewards, then Person B ought to accept whatever Person A offers, because getting even $1 is better than nothing. But experiments show that many people will reject the deal if they feel the first person is dividing the money unfairly.

In 2005 I posted about some of the problems with drug pricing. It is nice to find at least a couple of people at MIT that want to have MIT focus research on the public good instead of private profit. As I have mentioned too many universities now act like they are for-profit drug or research companies. That is wrong. Drug companies can do so, institutions with purported higher purposes should not be driven to place advancing science below profiting the institution.

The mounting U.S. drug price crisis can be contained and eventually reversed by separating drug discovery from drug marketing and by establishing a non-profit company to oversee funding for new medicines, according to two MIT experts on the pharmaceutical industry.
…
Following the utility model, Finkelstein and Temin propose establishing an independent, public, non-profit Drug Development Corporation (DDC), which would act as an intermediary between the two new industry segments — just as the electric grid acts as an intermediary between energy generators and distributors.

The DDC also would serve as a mechanism for prioritizing drugs for development, noted Finkelstein. “It is a two-level program in which scientists and other experts would recommend to decision-makers which kinds of drugs to fund the most. This would insulate development decisions from the political winds,” he said.

I see their idea as one worth trying. Lets see how it works. Their book: Reasonable Rx – Solving the Drug Price Crisis by Stan Finkelstein and Peter Temin

I am reading a fascinating book by Jessica Snyder Sachs: Good Germs, Bad Germs. From page 108:

At New York Hospital, Eichenwald and infectious disease specialist Henry Shinefield conceived and developed a controversial program that entailed deliberately inoculating a newborn’s nostrils and umbilical stump with a comparatively harmless strain of staph before 80/81 could move in. Shinefield had found the protective strain – dubbed 502A – in the nostrils of a New York Hospital baby nurse. Like a benign Typhoid Mary, Nurse Lasky had been spreading her staph to many of the newborns in her care. Her babies remained remarkably healthy, while those under the care of other nurses were falling ill.

This is a great example of a positive special cause. How would you identify this? First you would have to stratify the data. It also shows that sometimes looking at the who is important (the problem is just that we far too often look at who instead of the system so at times some get the idea that it is not ok to stratify data based on who – it is just be careful because we often do that when it is not the right approach and we can get fooled by random variation into thinking there is a cause – see the red bead experiment for an example); that it is possible to stratify the data by person to good effect.

The following 20 pages in the book are littered with very interesting details many of which tie to thinking systemically and the perils of optimizing part of the system (both when considering the system to be one person and also when viewing it as society).

I have recently taken to reading more and more about viruses, bacteria, cells, microbiology etc.: it is fascinating stuff. 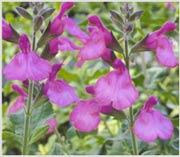 Toyota Motor Corp has developed a derivative of the Cherry Sage shrub that is optimized for absorbing pollutants from the air.

And this seems to be another small example of Toyota’s vision, see our previous post on Toyota as Homebuilder and Biotechnology researcher.

END_OF_DOCUMENT_TOKEN_TO_BE_REPLACED

The classic Statistics for Experimenters has been updated by George Box and Stu Hunter, two of the three original authors. Bill Hunter, who was my father, and the other author, died in 1986. Order online: Statistics for Experimenters: Design, Innovation, and Discovery , 2nd Edition by George E. P. Box, J. Stuart Hunter, William G. Hunter.
I happen to agree with those who call this book a classic, however, I am obviously biased.

The first edition includes the text of Experiment by Cole Porter. In 1978 finding a recording of this song was next to impossible. Now Experiment can be heard on the De-Lovely soundtrack.

Text from the publisher on the 2nd Edition:
Rewritten and updated, this new edition of Statistics for Experimenters adopts the same approaches as the landmark First Edition by teaching with examples, readily understood graphics, and the appropriate use of computers. Catalyzing innovation, problem solving, and discovery, the Second Edition provides experimenters with the scientific and statistical tools needed to maximize the knowledge gained from research data, illustrating how these tools may best be utilized during all stages of the investigative process. The authors’ practical approach starts with a problem that needs to be solved and then examines the appropriate statistical methods of design and analysis.
END_OF_DOCUMENT_TOKEN_TO_BE_REPLACED