In this clip, Stu Hunter talks about Bill Hunter (my father, and no relation to Stu Hunter), Statistics for Experimenters and EVolutionary OPerations (EVOP).

Stu mentions Bill Hunter’s work with the City of Madison, which started with the First Street Garage (Out of the Crisis included a short write up on this effort by Dad, which, I believe, was the first application of Deming’s ideas in the public sector).

There was also a great deal of work done with the Police department, as the police chief, David Couper, saw great value in Deming’s ideas. The Police department did some great work and David’s blog shares wonderful ideas on improving policing. I don’t think Dad was that directly involved in what happened there, but it is one of the nice benefits of seeding new ideas: as they take root and grow wonderful things happen without any effort on your part.

As to why Dad got involved with the city, he returned from a summer teaching design of experiments and quality improvement methods in China (this is just before China was really open, a few outsiders were let in to teach). We had also lived overseas several other times, always returning to Madison. He decided he wanted to contribute to the city he loved, Madison, and so he talked to the Mayor about helping improve performance of the city.

The mayor listened and they started with a pilot project which Dad work on with Peter Scholtes. Dad talked to Peter, who he had know for years, and who worked for the city, before talking to the mayor. Read more about the efforts in Madison via the links at the end of this post.

END_OF_DOCUMENT_TOKEN_TO_BE_REPLACED

Top sellers so far this year (adding together all editions, including Kindle):
1) The Leader’s Handbook
2) Statistics for Experimenters
3) New Economics
4) Abolishing Performance Appraisals
5) The Team Handbook
6) Out of the Crisis

The Leader’s Handbook is far away in the lead. The order of popularity on Amazon overall: 1) Out of the Crisis, 2) New Economics, 3) The Team Handbook, 4) Abolishing Performance Appraisals, 5) Statistics for Experimenters and 6) The Leader’s Handbook. The only thing that surprises me with the overall numbers is the Leader’s Handbook. The Amazon rankings are hugely biased by recent activity (it isn’t close to a ranking of sales this year). Still I expected the Leader’s Handbook would rank very well. It is the first book I recommend for almost any situation (the only exceptions are if there is a very specific need – for example Statistics for Experimenters for multi-factorial designed experiments or The Improvement Guide for working on the process of improvement.

My guess is Curious Cat site users (and I am sure a fair number of people sent by search engines) are much more likely to buy those books I recommend over and over. Still many books I don’t promote are bought and some books I recommend consistently don’t rack up many sales through Curious Cat.

Catalyzing innovation, problem solving, and discovery, the Second Edition provides experimenters with the scientific and statistical tools needed to maximize the knowledge gained from research data, illustrating how these tools may best be utilized during all stages of the investigative process. The authors’ practical approach starts with a problem that needs to be solved and then examines the appropriate statistical methods of design and analysis.
…
* Graphical Analysis of Variance
* Computer Analysis of Complex Designs
* Simplification by transformation
* Hands-on experimentation using Response Service Methods
* Further development of robust product and process design using split plot arrangements and minimization of error transmission
* Introduction to Process Control, Forecasting and Time Series 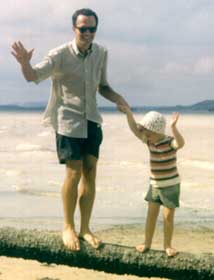 I have been tagged by Mark Graban of the lean blog: “Tag” – 5 Things You Don’t Know About Me.

More on Madison’s Quality efforts: Doing More With Less in the Public Sector: A Progress Report from Madison, Wisconsin – Quality in the Community: One City’s Experience [the broken link was removed]

My recent post on Statistics for Experimenters: Design, Innovation, and Discovery , 2nd Edition reminds me I have not mentioned other good books that have been published recently. Three great books published last year are:

And Beating the System: Using Creativity to Outsmart Bureaucracies by Russell L. Ackoff and Sheldon Rovin will be available soon.

The classic Statistics for Experimenters has been updated by George Box and Stu Hunter, two of the three original authors. Bill Hunter, who was my father, and the other author, died in 1986. Order online: Statistics for Experimenters: Design, Innovation, and Discovery , 2nd Edition by George E. P. Box, J. Stuart Hunter, William G. Hunter.
I happen to agree with those who call this book a classic, however, I am obviously biased.

The first edition includes the text of Experiment by Cole Porter. In 1978 finding a recording of this song was next to impossible. Now Experiment can be heard on the De-Lovely soundtrack.

Text from the publisher on the 2nd Edition:
Rewritten and updated, this new edition of Statistics for Experimenters adopts the same approaches as the landmark First Edition by teaching with examples, readily understood graphics, and the appropriate use of computers. Catalyzing innovation, problem solving, and discovery, the Second Edition provides experimenters with the scientific and statistical tools needed to maximize the knowledge gained from research data, illustrating how these tools may best be utilized during all stages of the investigative process. The authors’ practical approach starts with a problem that needs to be solved and then examines the appropriate statistical methods of design and analysis.
END_OF_DOCUMENT_TOKEN_TO_BE_REPLACED