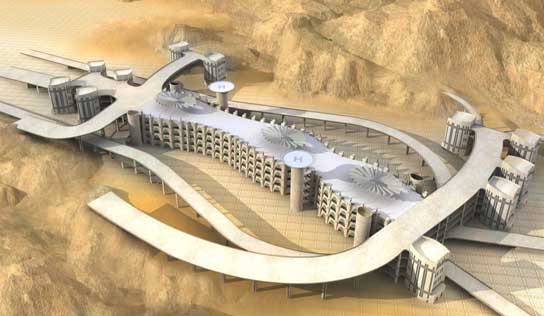 Interesting paper – The Dynamics of Crowd Disasters: An Empirical Study [the broken link was removed] (see other interesting material on the website). Systems thinking allowed the engineers to design a solution that wasn’t about enforcing the existing rules more but changing the system so that the causes of the most serious problems are eliminated.

analysis of unique recordings of the Muslim pilgrimage in Mina/Makkah, Saudi Arabia. It suggests that high-density flows can turn “turbulent” and cause people to fall. The occuring eruptions of pressure release bear analogies with earthquakes and are de facto uncontrollable.
…
entrance of the previous Jamarat Bridge, where upto 3 million Muslims perform the stoning ritual within 24 hours.
On the 12th day of Hajj, about 2/3 of the pilgrims executed lapidation even within 7 hours.
…
In order to avoid counterflows of pilgrims close to the Jamarat plaza, the following street organization has been proposed by IVV Engineers, Aachen, in collaboration with us. It is characterized by flexible re-routing possibilities of flows into the Jamarat plaza close to the Jamarat Bridge (see central area). In this way, an over-utilization of one of the ramps or the entry to the ground floor could be avoided. Moreover, balanced inflows allowed for an optimal usage of the capacity of the Jamarat Bridge.