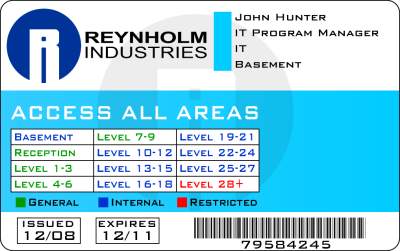 The IT Crowd is a great BBC show on an IT support office in a large organization. The IT staff are knowledgeable and tired of dealing with foolish users of IT. And you wouldn’t want to watch for any customer support tips (though companies like United Airlines might do just that). Anyone involved in IT know Internet Explorer 6 is not an acceptable tool in this day and age. But some IT departments don’t let that stop them from forcing it on their users. Orange UK exiles Firefox from call centres

Yes, the corporate world is taking its sweet time upgrading from Microsoft’s eight-year-old Internet Explorer 6, a patently insecure web browser that lacks even a tabbed interface. Take, for example, the mobile and broadband giant Orange UK.

According to a support technician working in the company’s Bristol call centre – who requested anonymity for fear of losing his job – Orange UK still requires the use of IE6 in all its call centres, forbidding technicians from adopting Mozilla’s Firefox or any other browser of a newer vintage.

This technician tells us that about a quarter of the Bristol staff had moved to Firefox after growing increasingly frustrated with IE6’s inability to open multiple pages in the same window and overall sluggish performance. But a recent email from management informed call-centre reps that downloading Firefox was verboten and that they would be fined Â£250 if their PCs experienced problems and had to be rebuilt after running Firefox or any other application downloaded from the net.

Great management. Provide only an outdated and poor tool. Then threaten to fine employees that try to get a tool to allow themselves to do their job. Yes, it makes sense to setup rules for managing IT resources in a company but it is not acceptable to provide extremely outdated tools and then instead of fixing the problem when employees can’t stand your lousy service any longer you threaten to fine them. Wonderful. I guess you could call it the punishment-by-threat-demotivation-drive-in-fear management (for those that think Alfie Kohn’s Punished by Rewards model is too light on the punishment part of management).

Related: Stop Demotivating Me! – Software Supporting Processes Not the Other Way Around – Lean IT Systems – Not ERP – The Defect Black Market (another theory X IT management example) – Change Your Name

The technician also says that hundreds of support reps in the Bristol call centre recently moved to Firefox in an effort to solve at least some of these problems. “Frustrated with working with Internet Explorer 6 and with a crushingly bad series of systems to work with, Orange employees had taken to downloading Firefox as an alternate browser,” he says. “Although it wouldn’t work with a large number of internal browser-based systems, it worked with enough to make it worthwhile. Multi-tabbed viewing, less drain on the processor, etc.”

But then management made it clear that Firefox was not allowed. And because management’s email warning was so severe – “if problems occur on PCs with unsupported software installed,” it said, “there is a Â£250 charge for rebuilding each machine” – it seems that most Bristol technicians have abandoned the Mozilla browser.

“The ban has been effective because of how severe the warning was. Basically, we don’t want to get caught using it, even though having to go back to IE6 and multiple windows is a real hassle,” the technician tells us. “The delay to service is subtle but over a period of time starts to add up. It’s like being told to bail out a sinking boat with a colander.”

Threats can get people to do what you ask. But what you should want is to provide your employees acceptable tools not to threaten them for trying to adopt tools that are not extremely out of date and counter productive to doing their jobs. Can you blame IT people for thinking most all bosses are pointy haired with examples like this? I can’t.

By the managers at BBC are definitely phb’s. They have managed to have such an outdated view of the world that they don’t allow viewing their web clips if the web browsers isn’t in some geographic area they have decided to provide access to. They certainly would fit right in with the buffoons the writers and characters highlight on the show. I am pretty sure the managers making these lame decisions are not the same people deciding to support shows like Monty Python and the IT Crowd.

Update: US State Dept. workers beg Clinton for Firefox. Management really needs to get a clue about technology. Firefox has been acknowledged to be far superior to IE for more than 5 years. If you are going to limit your IT system to one browser, you would at least limit it to Firefox. But in this day limiting to one is just not acceptable. You cannot be that technologically backward and expect to be acceptable in other management areas. And if you care about security using IE for the last 5 years is even more inexcusable.

3 thoughts on “Management By IT Crowd Bosses”