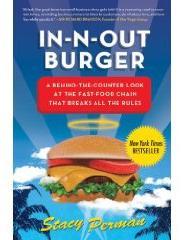 Listen to Your Customers — One of the company’s mottos is “Our customer is everything.” Applying that belief led to the company policy of preparing burgers just the way customers asked for them. Some of the customer favorites became popular and were eventually adopted as the restaurant chain’s “secret menu.” By listening to their customers, In-N-Out created menu choices other stores couldn’t duplicate.
…
Treat Employees Well — The Snyders always held their employees in high esteem, paying them higher wages than competitors and calling them associates to make them feel more connected to the franchise.

“They believed in sharing their success with their employees,” says Perman, noting that In-N-Out associates make $10 an hour working part-time and starting store managers make $100,000, plus bonuses tied to store performance. The company benefits package is also generous. Such treatment engenders loyalty from workers.

“They have the lowest turnover rate in the fast food industry, which is notorious for turnover,” says Perman. “They say that the average manager’s tenure is 14 years, but they have managers who have been there 30 or 40 years.”

The fundamental idea of respecting people is something most executives seem to have no interest in. Treating employees as the critical partners in organizational success is just something that doesn’t leap out at you based on the actions of most managers, unfortunately. And that poor management damages the performance of the organization.

Read more about In-N-Out Burger management practices in Stacy Perman’s new book In-N-Out Burger: A Behind-the-Counter Look at the Fast-Food Chain That Breaks All the Rules.