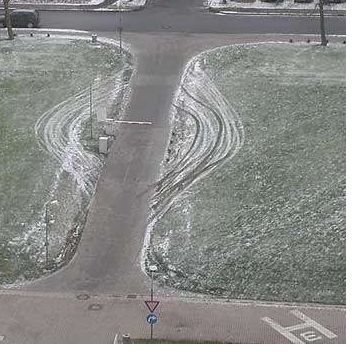 UI gem, and a great reminder for the RIAA/MPAA:

You can’t force people to follow directions they deem arbitrary.

I bet if that gate spit out $100 bills people would use it.

Why matters. You can’t just expect people to act in a way that seems arbitrary. As I stated in Poka-Yoke Assembly, Do you Read Instructions Carefully Before Assembly? Nope, I don’t. I expect I can make a quick judgment if I really need to or I basically get it and can put things together well enough. I expect the supplier to make very obvious anything critical. It is not ok to expect people to think the way you want them to. You have to understand how people will react and create solutions based on that.

We have discussed similar ideas: Why Isn’t Work Standard? – Visual Work Instructions – Visual Instructions Example – European Blackout: Human Error-Not – Find the Root Cause Instead of the Person to Blame

A similar example I learned long ago. Many schools try to force students not to walk on the lawn and create ugly paths through the grass. A smart alternative. Wait for the students to wear a path. Then pave that. If you are frustrated because people won’t follow your rules your rules are probably bad. Fix the rules (or procedures…). Don’t expect telling people in a loud voice (or stern memo or…) that they must follow your rules.