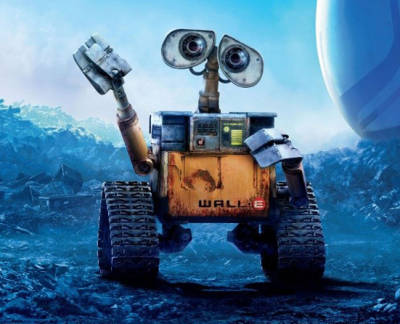 Image of Wall-e, from the Pixar film of the same name.

Pixar’s secrets on display in ‘Up’

“I think it comes down to two basic things: one is that we’re run by artists. … John Lasseter is a film director, as opposed to being from a business school or whatever. He has that side of him as well, but he’s always approaching these things as the same way we are.

“Second, we have some pretty great people that they’ve managed to collect here. This is our 10th film, and every film has just gotten better and better, whether that be in animation or special effects or lighting. And it just all comes together to make for some really fantastic stuff.”
…
“One of the things that I really love about [Pixar] is that no matter what you do, if you’re a production assistant or a producer or a marketing executive or running the kitchen, everyone here thinks like filmmakers,”
…
Like, I didn’t work on ‘WALL-E,’ but I feel like it’s mine, you know? And I want that to look great and be great. And then I want that bar to be higher and for us to be challenged.”

Pixar has done a great job of creating the right climate for the business they are in. They make movies and have been very consistently successful. Many of those strategies are useful concepts for everyone. Create a climate that promotes pride in work. Create a climate where everyone sees how they contribute to the end product. Hire people you trust and let them do their jobs. Seek continual improvement. Respect people. Customer Focus. Innovation (for example: Pixar Is Inventing New Math).

By the way, Steve Jobs, Apple co-founder, paid $5 million for Pixar and sold his share for $3,700 million of Disney stock (he is the largest shareholder of Disney – approximately 7%). Pixar Movies include: Toy Story, Monsters Inc. and The Incredibles.