I have mentioned Reddit (an online community that is highly skewed toward software engineers who are a bit irreverent) before: Dell, Reddit and Customer Focus. The site highlights stories voted up by the community and so the makeup of the community has a huge impact on what is highlighted. The users are very willing to challenge authority (and in fact anxious to do so I think). So some topics are common: criticizing DRM, science, criticizing the United States’ role in the war in Iraq, programming, iconoclasts, xkcd, criticiszing stupid corporate behavior, Paul Graham, criticizing Fox.

Lately there have been a large number of stories on people being killed in raids by police on the wrong house: police in full swat gear storming the wrong house by accident and then killing occupants. The media in general sees these as “special causes” – isolated incidents. So while tragic the strategy is then to examine what mistake in this unique situation lead to tragedy. I believe that the readers of Reddit sense this is a systemic problem and therefore see the proper examination to undertake is to look at the whole system. That is, to use the common cause improvement strategy – when the tragedy is seen not as an isolated incident but the result of a system.

It seems to me the Reddit readers are right – I think the users natural tendencies (a willingness to question authority and a trained sense of what is a special cause and what is a common cause, even if they don’t use those terms) result in the stories gaining traction within Reddit. To limit future tragedy the system as a whole needs to be examined. Do not seek to find the special cause that led to the problem in one instance. Look to the system and see why this trend has increased. I don’t actually have good data – I am making a guess that this trend has increased in the last 20 years (getting some decent data on what is really going on is obviously one of the first things to do in looking at this issue).

To prevent future tragedies I hope those who are using the swat raid tactic examine the system and find ways to implement mistake proofing, system improvements, creative alternatives, perhaps changing the rules of the game… It seems wrong to condemn innocent people to death because the police see no alternatives, given the current situation, to using these raids. If it is a systemic problem trying to address it with a special cause problem solving methodology is going to be ineffective. Fourth Generation Management by Brian Joiner is a great book in general and for much more details on this idea. 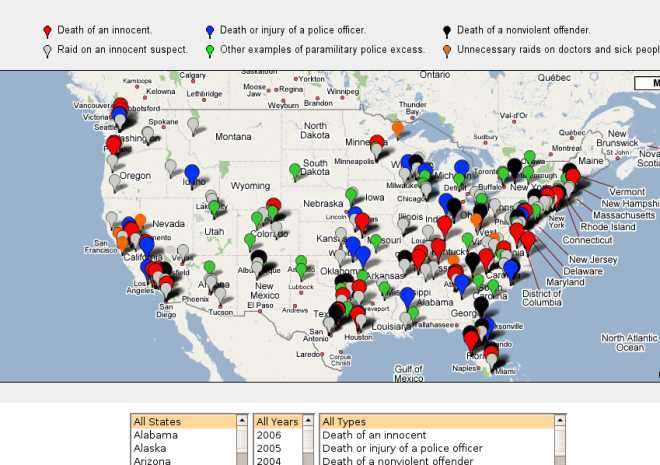